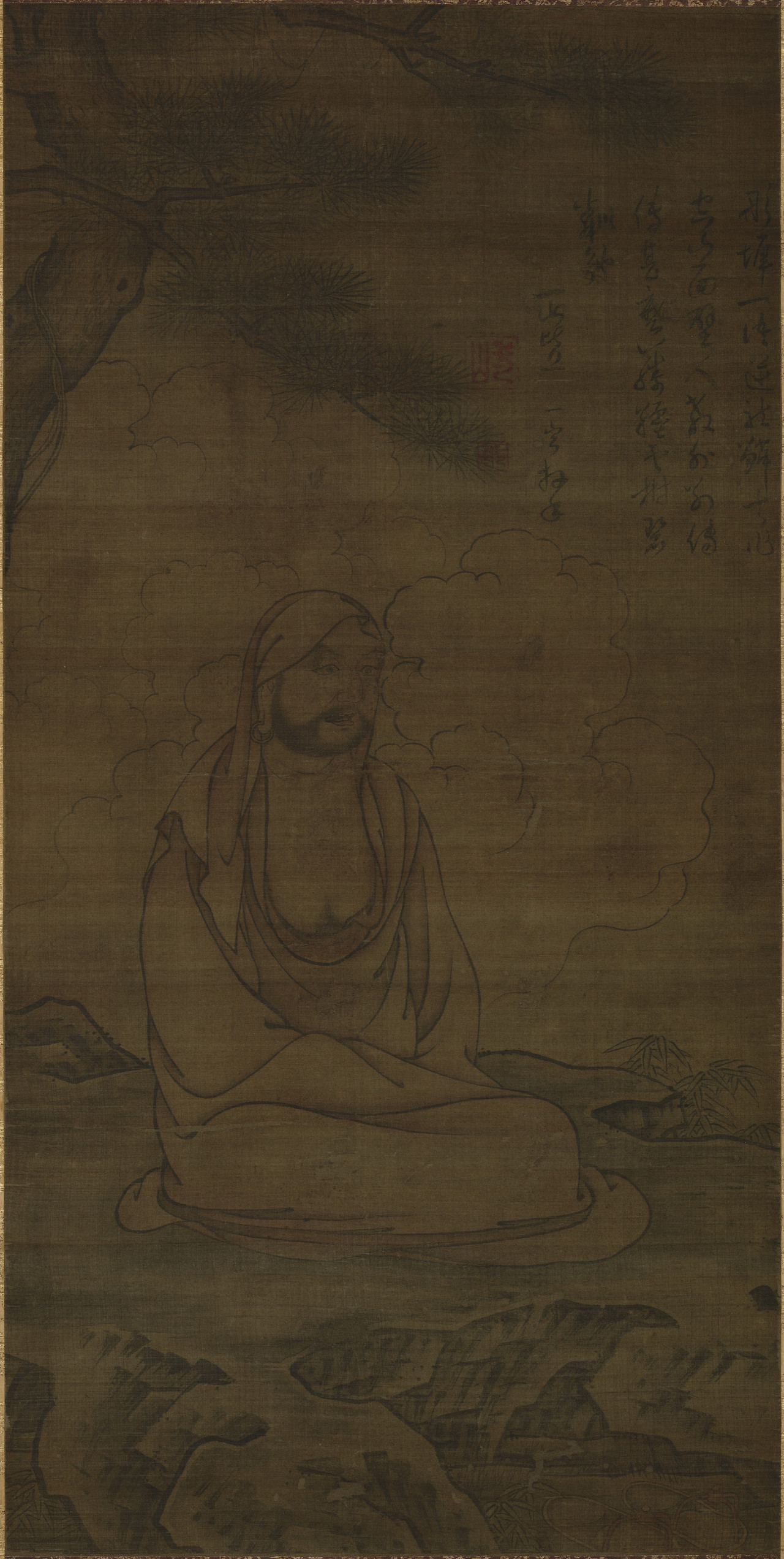 Bodhidharma, the patriarch of Chinese Zen Buddhism, is known to have been a Southern-Indian monk who moved to China, and trained for 9 years in Shao Lin Temple by facing a cave wall in a meditative practice called “wall gazing.”  In contrast to the wrinkles on the face and the creases of the robe that are rendered with great skill, the depiction of the rocks is crude, and the fact that the clouds behind were drawn in outline demonstrate that this painting was executed at an early stage of the introduction of ink-wash painting (水墨画). Yishan Yining (一山一寧, ?–1317,) or Issan Ichinei in Japanese, who wrote the poetic inscription of praise was a Chinese monk who arrived in Japan in the first year of Shō’an (正安 )1299. Thus, this painting is presumed to have been created in the early 14th century.

Click to see the painting in detail
More
Back