Painting of a Tiger (虎圖)

One notable feature of tiger paintings produced for export to Japan is that the symbol of the pine tree that was traditional to Joseon versions of the subject was often replaced by bamboo. This iconographic development probably reflects the taste of Japanese consumers who preferred bamboo as a painting subject. Hae Ong primarily painted export goods that were traded in the Waegwan and his painting reflects the typical style of bamboo and tiger paintings that were produced for export to Japan.

Artworks related to Hae Ong’s Painting of a Tiger

Painting of Mother Tiger and Cub(母子虎圖)

As in previous examples, the term “Joseon” inscribed on this work indicates that it was likely produced by a Korean artist in Japan or painted for export to the Japanese archipelago. In addition, the subject of a mother tiger and her cub was particularly popular among Japanese consumers.

This painting was produced by Seok San, a relatively unknown Waegwan painter. It combines the iconography of a mother tiger and her cub with bamboo, two subjects that were popular among Japanese consumers. As such, it demonstrates how Joseon export painters tailored their paintings to suit Japanese taste. 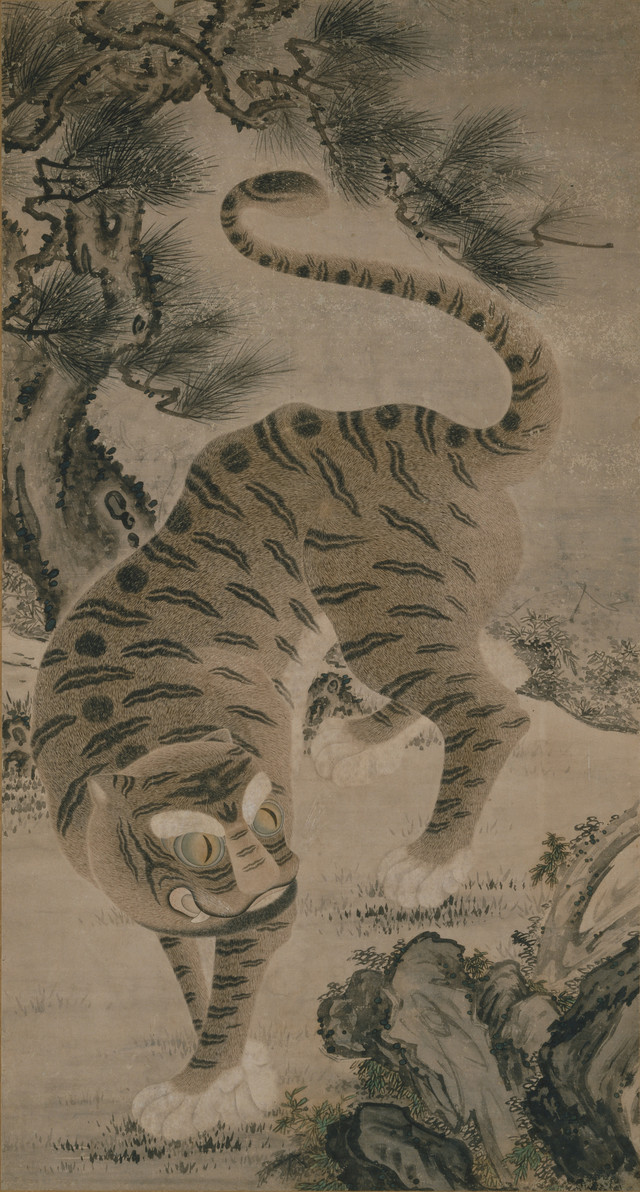 Although tigers are not native to Japan, they still figure prominently in Japanese ancient mythology as sacred animals that repel evil spirits. In this rendition, the artist emphasizes the tiger’s symbolic value by exaggerating the animal’s posture and facial expression. The description of the tiger’s posture, composition and surrounding landscape closely resembles Joseon tiger paintings produced by professional painters in the Nineteenth Century.

This painting was produced by the late Joseon-period court painter Yi Uiyang. Here, the tiger is represented in an intimidating crouching position as if it is stalking its prey. This fierce posture highlights the tiger’s symbolic role of warding off evil spirits. The description of the curved tail and X-shaped legs recalls the style of tiger paintings by the famous Joseon artist Kim Hongdo.

Let’s think about it: Why would the painter represent the mother tiger and her cub together? 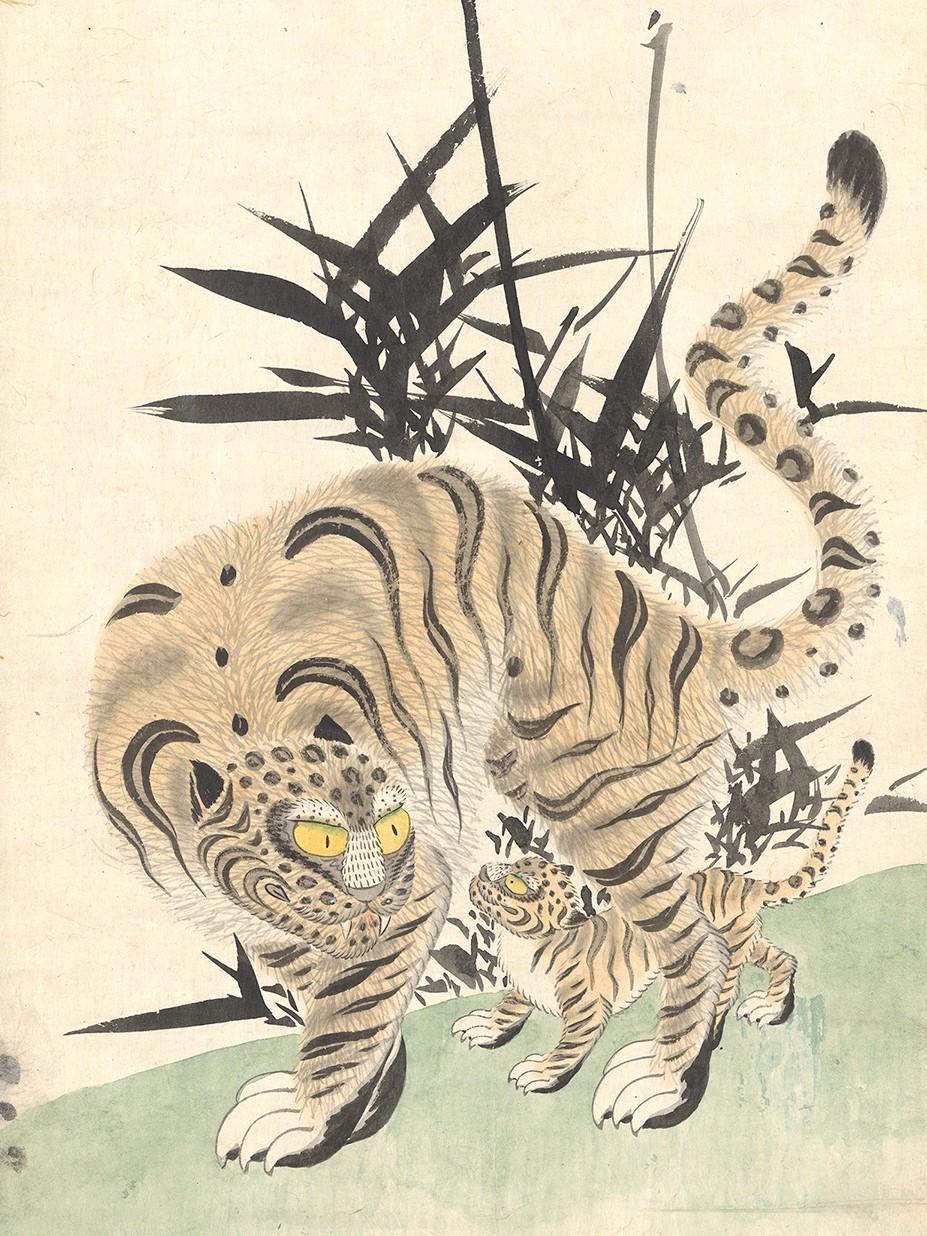 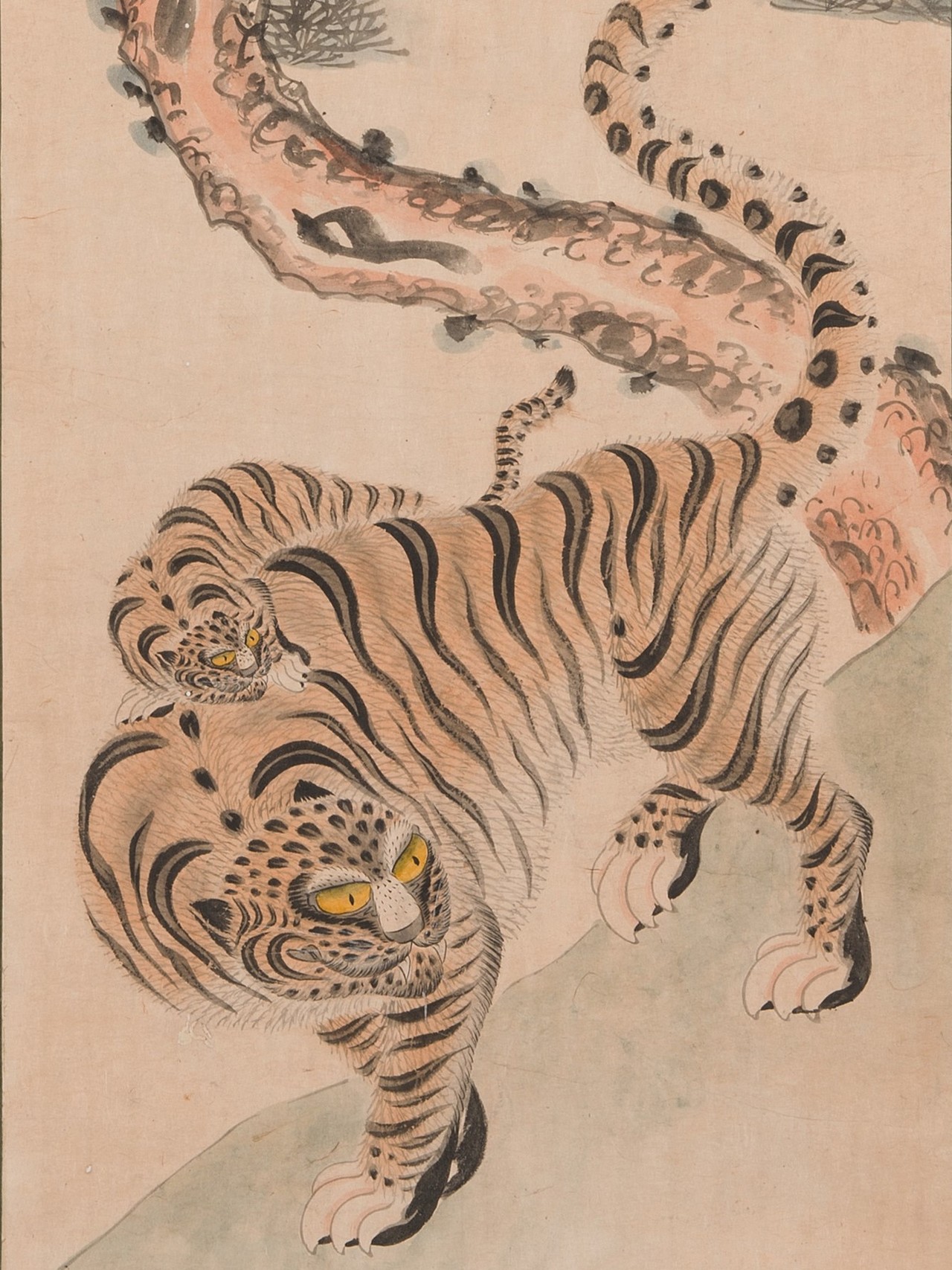