Detail of the Frontispiece of the Avataṃsaka Sūtra: The Decorative Border

This is the part of the thin strip that decorates the perimeter of the transformation scene.

It is decorated with a pattern of vajra (金剛杵) and lotus flowers. The vajra is a ritual implement that originated in India. It is said to have been a weapon used by the Indian Vedic deity Indra, and when Indra was incorporated into Buddhism throughout Asia as Śakrodevandra Śakra, the weapon became a ritual implement.

More
Please click to see the details of transformation scenes 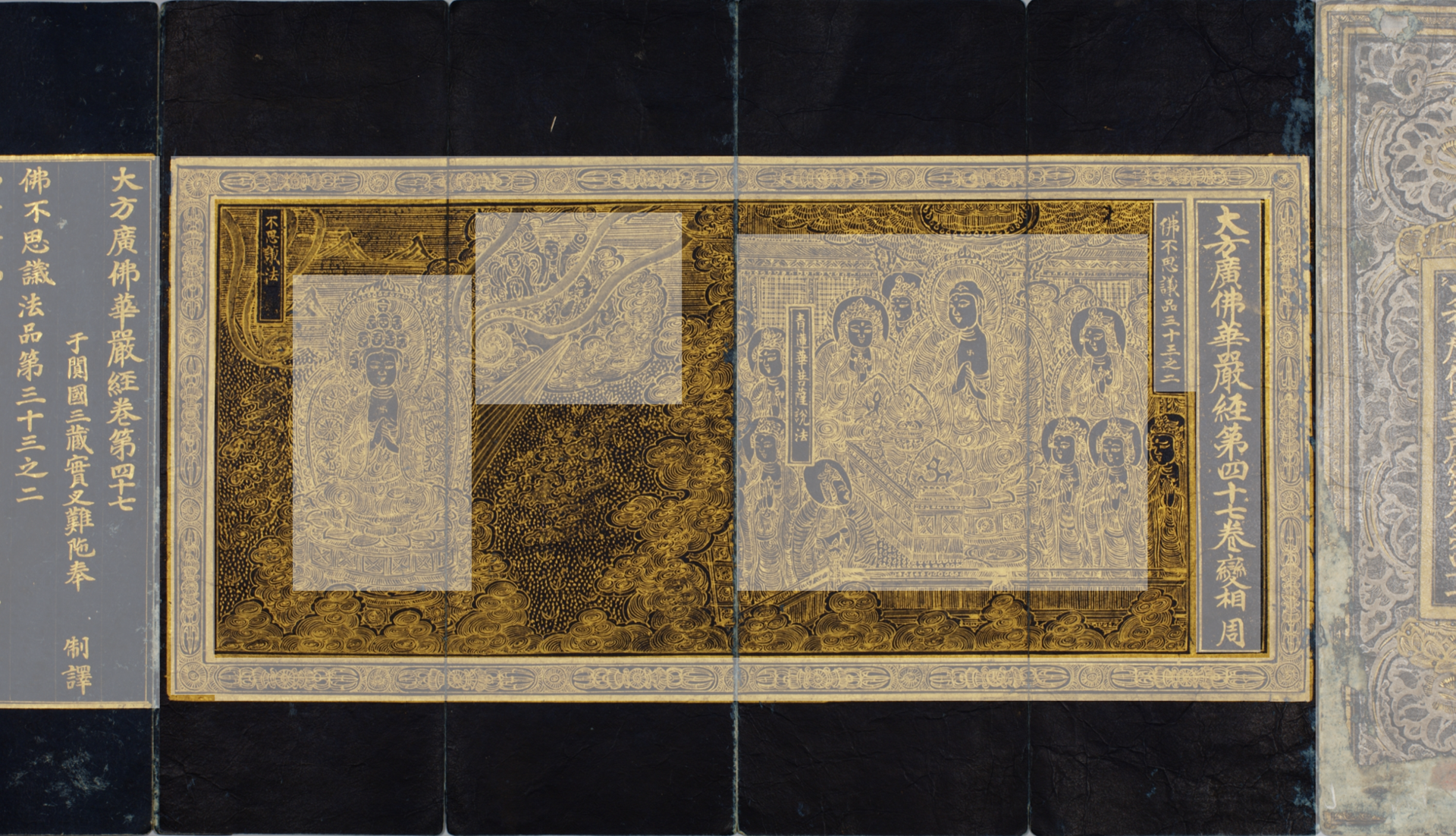